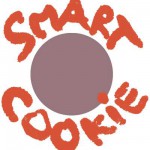 The Agency for gaming licenses was founded in June 2014 by Michel Matschoss and Michael Tschiggerl.

Our goal is to revive good and timeless games from well known authors and make them accessible again to new generations - as classic board games or for the digital games market.
This means we care as an agency for the rights and licensing of games. We want to be a trustworthy and reliable partner for publishers by offering new and classic games and – where necessary – editorial support.

In addition, we offer ourselves as an author representative and develop Taylor-made games for industry and commerce.
On this page, we want to give you an idea: about us, about authors and selected games. 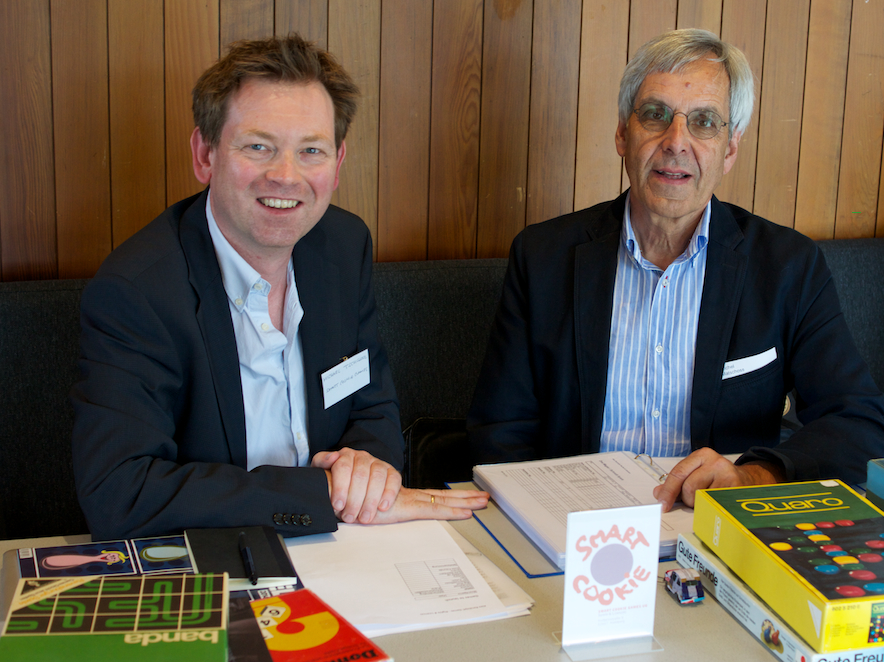 Michael Tschiggerl, managing partner. The communications consultant supervised 12 years public relations for the Winning Moves Deutschland GmbH. As part of the product development of the publishing house he developed, among others over 120 cities Monopoly and was in charge for editorial publication of the German quartet Top Trumps games. Michel Matschoss, partner and editor.  Michel Matschoss wants to care as a partner primarily for editorial tasks. Matschoss was for many years Marketing Manager of 3M Bookshelf Games and managing director of Winning Moves Deutschland GmbH. He was more than 30-year friend of Alex Randolph. Together they developed the 1982 Game of the Year crowned "Enchanted Forest". Our company name Smart Cookie Games is a tribute to Alex Randolph, who called his later as "Zauberlesen" published game first „Smart Cookie“.

You own the rights to already released games, but have no contact with publishers? You have a promising game developed, but no time to present it to publishers? Talk to us. Smart Cookie Games is well networked in the games industry. We take care of confidence to your game and fulfill your interests.

We can offer over 100 games of Alex Randolph for the publication. On these pages we regularly present a small selection. For the overall portfolio or selected title you are welcome to contact us. 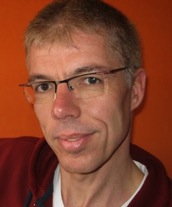 Günter Burkhardt from the Swabian town of Bad Ditzenbach-Gosbach launched his first game on the market in 1997 with "Manitou". Since then many more have been added. He achieved his greatest success together with his daughter Lena. Their "Funkelschatz", published by Haba, was declared Kinderspiel des Jahres in 2018. Günter Burkhardt is a secondary school teacher, but turned his hobby into a profession years ago. Günter Burkhardt has entrusted Smart Cookie Games his two-player game "Castillos".

Downlaod the Game Description of "Castillos" 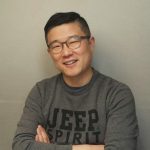 Thomas H. Jeong is C.O.O. of UBO fun & learn, one of the most important board game companies in Korea. He started his career as a digital game designer in a company which became Nexon Mobile at 1998. He designs board games from the year 2000, while he was working on digital games as a game designer and publishing manager. In Korea he designed more then 20 board and card games.

Thomas founded UBO fun & learn with his wife in 2011. From that time he does not only publish his own games, but aswell ideas from other designers. His interest nowadays is combining boardgame ideas with other intellectual properties like Comics or Digital games. He likes to revitalize old board game systems with new story telling factors.

F. ex. Alex Randolph’s ‚Xequeo’. He acquired the license from SMART COOKIE GAMES and produceed in 2017 a korean version with the korean comic theme ‚Will you marry me’. Sid Sackson's classic 'I'm the boss' will be published in Korea with another korean Comics (Gauss Electronics).

In 2017 Thomas H. Jeong, together with the Busan City Agency, created the Boardgame Design Round table (BDR) in his hometown Busan. The event will include game developers from Korea, Taiwan and Japan. 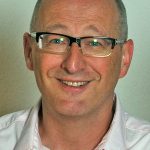 Thomas Sing is a graduate economist and master of the numbers and probabilities. Mathematics is his passion, especially the broad field of game theory, the science of strategic thinking. Wherever the creativity of everyday life touches science and where creativity becomes creactivity, he feels at home. In his school days, Thomas Sing was the world record holder in "Mensch-Ärgere-Dich-Nicht" and so found the way to the Guinness Book of Records.

In 2010, Thomas Sing and Dr. Ralph-Peter Gebhardt founded the Miss Lupun riddle at the Lupun publishing house, where they distributed their riddles "Miss Lupun". In 2011, the board game " Miss Lupun und das Geheimnis der Zahlen" is published by Winning Moves (recommendation for the SdJ-2012). 2013, the strategy game "Tackle, Duell der Strategen" appears at the Süddeutsche Zeitung. In 2014, the SZ publishes the Miss Lupun children's book " Miss Lupun - 50 Rätsel für clevere Kinder. Entdecke das Geheimnis hinter der Zahl“. In 2016 the dice game "Kribbeln" appears at Ravensburger. The international edition is called: Color'Yam. Huch & Friends publishes in 2016 the solo game "Prof. Marbles". 2015 Thomas Sing bought a big kiosk, which he runs together with friends, so he has enough time for other interests, such as inventing games. 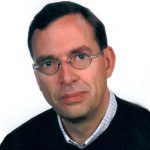 Dirk Hanneforth is director of a full-time school in Bielefeld. There he founded a school games library and publishes the magazine "Spielcasino" with his students. Since 1981 he invents games. In addition, he has published a large number of game books, in which he deals with the theme of "game at school", but also with puzzle games, dice, language and writing games. Hiking, geocaching and reading are among his hobbies.

Uli Geissler is playing and cultural educator, games and book author.Living in Fürth he describes himself as a "playing and creative person with passion".Since 1995 he has been Speaker of the Evangelical Lutheran Church in Bavaria for work with children and youth culture work."Imagination and creativity" are his constant companion in all his actions. In addition to his extensive work as a journalist Uli Geissler has published a large number of books, many of which act by the theme game.

Since 1987 Uli Geissler works as a game author and has published around 30 games.His "Käpt’n Jan", published in 1994 at Haba and now at Smart Cookie Games licensable again, sold over 100,000 times, including as "Capt'n John" in the US.Geissler invented Bavaria's annual big game show "KOMM, SPIEL MIT" in Fürth, which in 2014 celebrated its 30th anniversary. 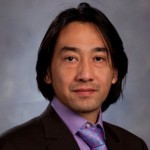 As a banker, Fabien Chevillon has more than 15 years of experience in investment banking and capital markets. He currently specializes in corporate restructuring/workout at Natixis. The french previously worked in derivatives structuring at BNP Paribas, in financial engineering at HSBC and in mergers and acquisitions at ABN AMRO Rothschild. These various positions allowed him to develop a wide expertise in legal, accounting, tax optimization, complex project management and business development. 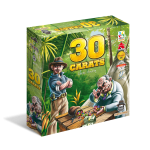 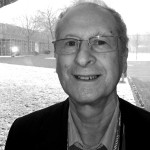 To designate David Parlett as old hands in the games business is certainly not outrageous. Finally, the 76-year-old Briton has developed one of the most successful family games: Hare & Tortoise. But the lover and expert of card games, also has a penchant for abstract board games. The London commissioned SMART COOKIE GAMES to market his 1975 published "Shoulder to Shoulder" and his new development "Polycule".

"Shoulder to Shoulder" is an abstract boardgame to think and tactics: The aim is to get all your pieces together into a single connected group, so that each one lies edge-by-edge with at least one other of your own colour.

"Polycule" is a long-chain molecule game! Who builds the longest molecular chains gets the most points. But be careful: Not dock at your own color and just do not give the other players new targets. "Polycule" was developed in 2015 by David Parlett, is unpublished and exclusive licensable by SMART COOKIE GAMES!

"Waterhole" is a hazardous Safari in the african wildlife. The players try to pull together all their animals as a group.
"Waterhole" was developed in 2015 by David Parlett, is unpublished and exclusive licensable by SMART COOKIE GAMES! 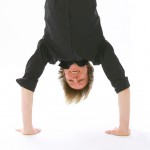 Carsten Heck is an interior designer and managing partner of the furniture store KRÄMER EINRICHTUNGEN in Freiburg/Germany. According to the architecture magazine AD KRÄMER EINRICHTUNGEN is one of the 150 best furniture dealers nationwide by over 9,000 furniture stores. How does someone like him comes to make a game? "Actually, I'm interior architect and designer. But I am aswell some kind of ‚Imaginator’"says Carsten Heck about himself and adds: "Being after new things and pursue an idea and design - that fascinates me". That Carsten Heck sometimes turn things upside-down, people can see aswell in an advertising campaign for its furniture store.

In combination with the passion to play games with his family and friends he created ideas for board games. So it was with ‚Vulkania’, licensed by SMART COOKIE GAMES. "Creating Vulkania excited me the challenge to pursue a common goal (to tame the volcano and the volcano ghost) and the other hand to play for the single win," explains Carsten Heck the core of the game concept.

„If I believe that an idea is good, when I'm really convinced when I also think that it is original and deserves to live, then I try to keep it alive as long as it goes. For all these games, once they have disappeared from the market, they are not gone from my heart. And at the first opportunity I will try to bring them back on the market, so they do not die. Some almost die, but not really, and if you give them a second chance, they sometimes make it.“ 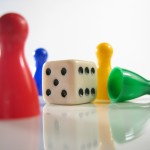 Let's play
Playing is fun. Play joins different people and is communicative. Therefore, playing games is also an important part of our communication.
Would you carry your corporate messages in a playful way? Are you looking for a game idea or do you need assistance in the concrete realization?
Do you search for contacts in the game scene?